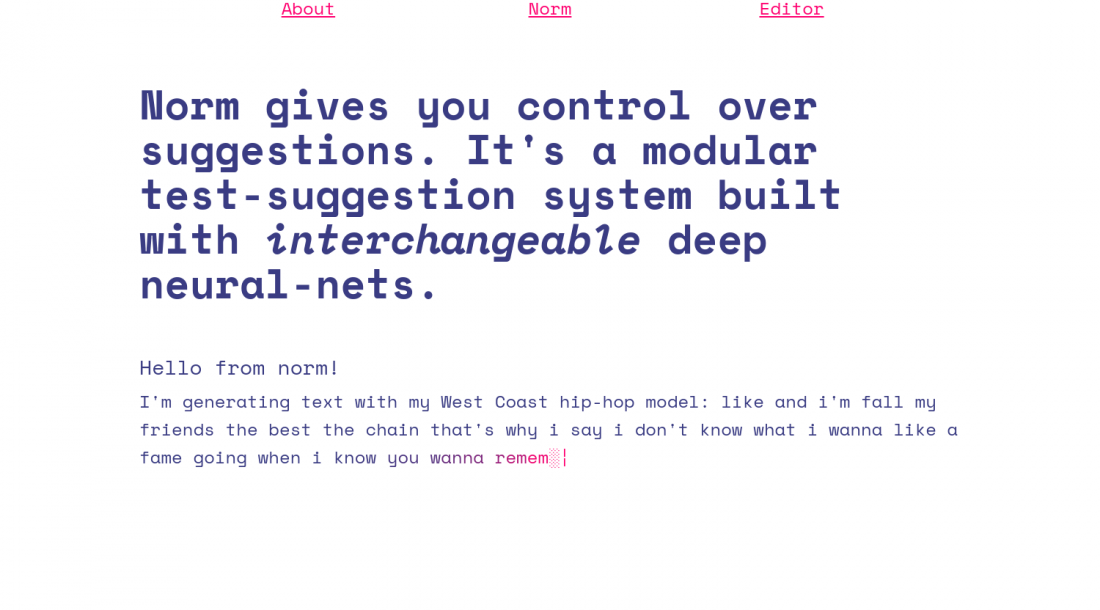 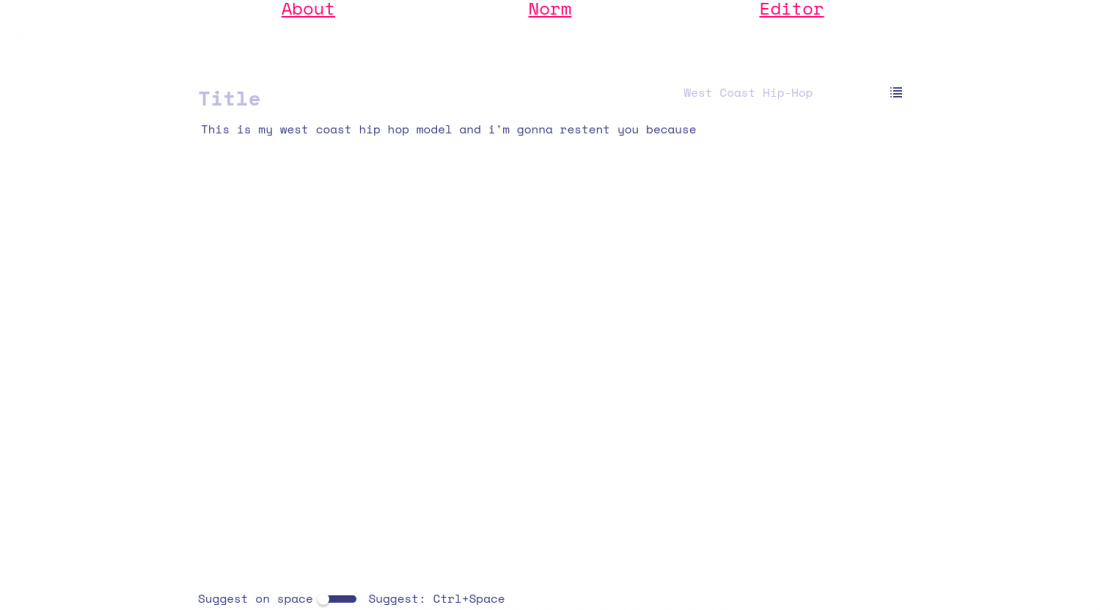 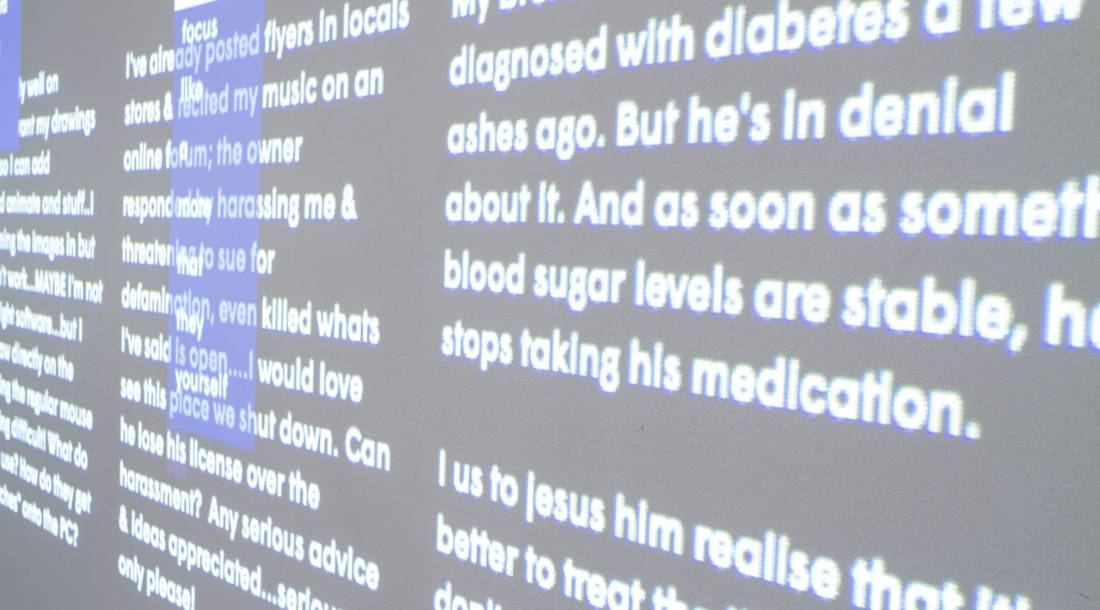 Norm examines how degrees of agency over the algorithm can be handed back to the user.
Norm is an API built with modular deep neural nets, comprised of a corpus of historical texts, and hip hop lyrics. All of this running directly in the browser with no communication of what you write back to a server. Norm offers opportunities of authorship through control over curatorial algorithms and data embodiment. Played out in familiar instances of “autocomplete” across an arrangement of interfaces - it politicizes the curatorial algorithm as a cultural agent of knowledge production rather than simply a tool for information consumption.

This version will have pre-trained datasets ranging from West Coast hip-hop to legal-advice, and more will be generated and added over time.

In the meantime you can read my thesis-paper ; ).